The countdown is on for 21-year-old Tristan Rogers who is about to have his cascade of dreadlocks shaved off as a fund raiser for a teenage friend battling cancer.

Ever humble about his courageous gesture, Tristan says it is the least he can do to help support family friend Merrick Edelston who has Acute Myeloid Leukaemia (AML), and also encourage others to dig deep.

Sixteen year old Merrick from Seville is about to undergo his second round of chemotherapy and it has been confirmed he will need a bone marrow transplant.

‘It was like a bombshell when I heard about Merrick and I thought that having my dreadlocks shaved would be a great way to help Merrick and his family,’ said Tristan who is coordinator of Cire’s Out of School Hours Care program at Badger Creek.

‘We all know each other from going to Seville Primary School and Lilydale High…and our brothers being close friends.’

The big day for Tristan’s dreadlocks of the past seven years is 11.30 am on Sunday 28 March at Branded Burgers and Bar, Seville. All money raised will go to the GoFundMe campaign that has been launched for the family with Branded Burgers donating 20% of its taking from 11 am to 12.30pm.

For those keen to donate, and as the gofundme page states: ‘Let’s support Merrick and his amazing family through this long and stressful journey by ensuring they can cover medical expenses, petrol and parking costs as well as the impact on both Maree and Jonas’s ability to work their usual hours while caring for Merrick.  Let’s show our support for Merrick a bright, fun loving, caring and thoughtful young man who faces this extremely tough journey and subsequent recovery.

AML is a type of cancer that affects the blood and bone marrow. It is a group of leukaemias that develop in the myeloid cell line in the bone marrow. Myeloid cells are red blood cells, platelets and all white blood cells excluding lymphocytes.

AML is fairly rare with about 900 people diagnosed in Australia each year, accounting for 0.8% of all cancers diagnosed  and at a rate of 3.7 per 100,000 of population. 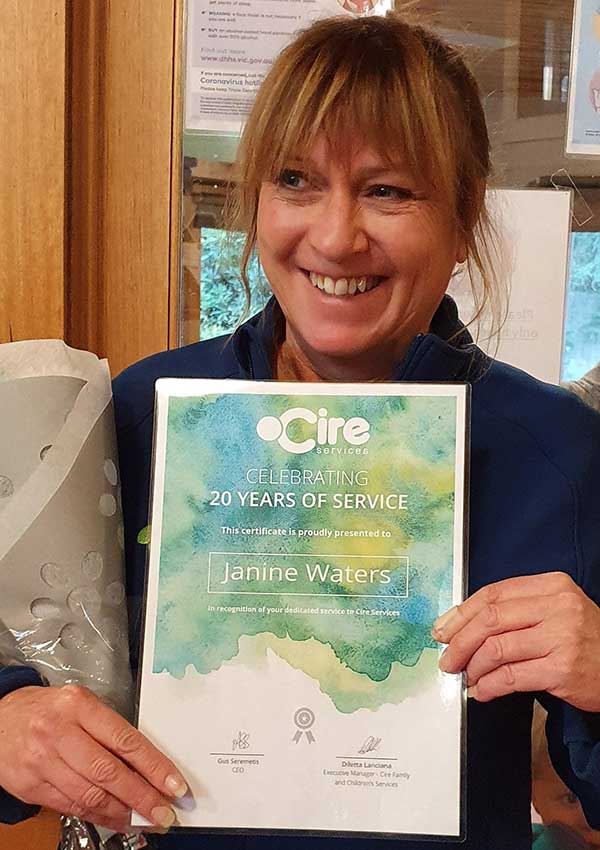 Cire Children’s Centre at Yarra Junction were recently given an opportunity to upgrade the playground area with the addition of a brand new basketball ring and concrete court. This upgrade has given our kids a fantastic space to practice their shooting, dribbling and bouncing skills and as an extra bonus; a fun place to play down ball, hop-scotch and to be creative with chalk drawings. 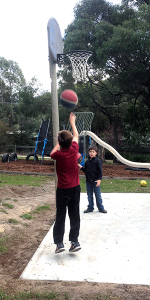 The children were so excited to see this project completed and were quick to make use of the new space. There have been so many benefits in gaining this new court; from safety in the playground to creating new friendships through play, with the older children teaching the younger ones new skills. Providing a safe area for our children to play basketball more effectively and allowing the balls to bounce consistently without rolling off down the hill or becoming covered in mud and getting the kids covered in dirt, not that they minded too much.

Ball games are now played all the time on the flat hard surface free of obstacles such as bumps, rocks and mud. When the children are engaging in a safe game of basketball they are learning life skills such as sharing, perseverance, accepting victory and defeat graciously, becoming a team player and overcoming obstacles. Many of the children come from different schools and this area has encouraged them to play together with the opportunity to form new friendships. They have gained a space that helps them spend their time in the sun in a fun and exciting environment.

“I like the concrete better than the mud, because it helps the ball bounce better.” (Sam aged 6)

“I like the new basketball area because it is now easier to bounce the ball. The ball didn’t bounce before and sometimes it would pop because of the rocks on the ground.” (Peter aged 9)

“The concrete is harder than the mud and you can play basketball better .” (Riley aged 8)

The children’s responses show us that they are pleased with the new area. The basketball court has provided a harder, more weather appropriate area that can be played on all year round.

Physical activity is large part of Cire’s outside school hours care program. We encourage children to be active in play and learning. Having this new facility will play a big part in the wellbeing of each child and we would like to thank the Upper Yarra Community Enterprise for their generous donation.

We now all look forward seeing the children engage together, having fun, gaining opportunities to play in their new space.