Aspiring AFL photographer Dylan Schafter is already kicking goals to realise his dream and has used COVID as an unexpected springboard.

The talented almost 17-year old launched his online photography business, Dyls Photography, three years ago and in his biggest career highlight to date, completed a coveted internship with the AFL’s Gold Coast Suns earlier this year. 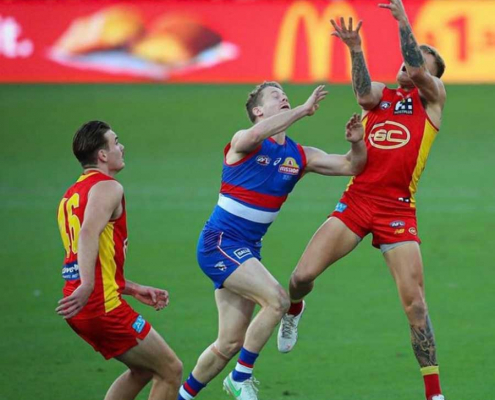 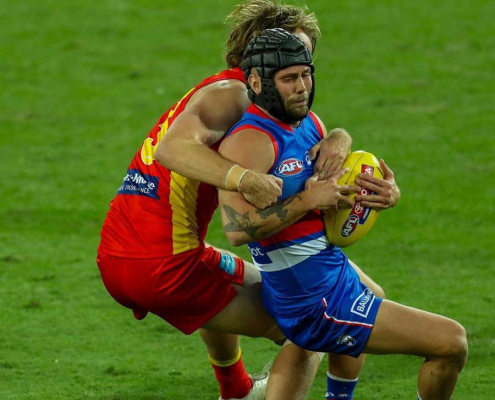 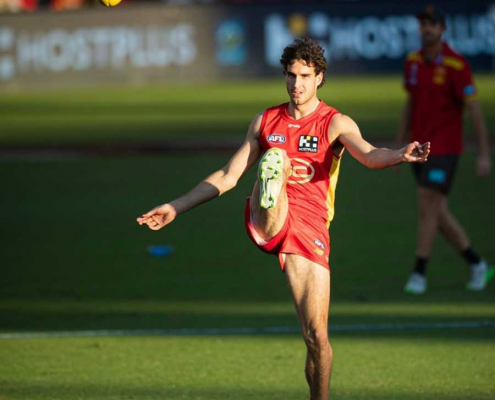 He has won several awards for his work and one of his photographs was 11th in the Australian Photography Magazine’s Top 20 Junior Category. Further showcasing his versatility, Dylan has entered a nature photo in the Upper Yarra Community Bank’s 2022 Calendar Competition. His main motivation for entering was to highlight and share the natural beauty of the Upper Yarra.

“It is also a way of showing what I have learned in photography classes at Cire Community School’s Mount Evelyn campus,” said Dylan adding that he would have dropped out of school at Year 9 had he not switched schools to Cire. “The school is incredibly supportive.”

Dylan first developed an interest in photography at just 13, watching his brother race at BMX events and capturing “riders doing their thing”.

“When I held the camera, I saw something, my calling through the lens of photography,” he said, with his passion, willingness, determination, motivation and drive for sports photography fast-tracking him to where he is today.

Even COVID shutdowns and restrictions have failed to de-rail his quest to become an AFL photographer. He has used the time productively by sourcing and undertaking the internship with the Gold Coast Suns media team which saw his supportive family head north for their first holiday in 12 years so he could take up the invaluable opportunity. During COVID he has also explored volunteer gigs, secured a part-time job as a photographer; and further deepen his research and understanding of the profession and the pathways of the top practitioners.

Dylan says the most rewarding part of photography is holding down the shutter button and realising “you’ve captured the perfect photo”.

“Through sports photography, I’ve seen things through the lens that not many people get to see,” said Dylan whose favourite photographers are Chief Photographer of AFL, Michael Wilson and Hayden Pedersen, a freelancer/YouTuber.

“A good sports photo is based on timing, being able to follow the action; a good lens and knowing your camera.”

Dylan’s journey to date has not been without the critics having their say like, “You shouldn’t be doing photography, as you won’t get anywhere in life”.

“These words are jarring to hear,” said Dylan, adding that it was so important to follow and work towards your dreams, “Just go for it, as nothing is impossible if you put your time and mind into it.”

Last year during COVID-19 and lockdowns l contacted Field Of View Sports Photography based in Croydon about volunteering my time learning the ropes on how to take photos at sports events. Obviously, as COVID had hit hard there were no sporting events being played, so no photos were needed at this time. The owner, Jo loved my work but couldn’t take on a volunteer at the time. As soon as that lockdown was lifted l contacted Jo, to ask her when I could start. l have now been working for her for the past eight months.

My greatest achievement has been my internship with the Gold Coast Suns in July. I was able to experience taking match game photos, team photos, press conferences, Captain’s run, AFLW draft selection, video and edit a team building session with the players, gym sessions and a photoshoot with some players.

I’m proud of all the photos I took at GCS, particularly of resigned key player Sam Flanders. It was the first time l had organised a photoshoot and they came out great…I am now a super keen GCS supporter!

My GCS experience has made me more determined than ever to reach for the stars and one day become a sports photographer for the AFL. Watch this space!!