Cire Community School Personal Development Skills Art group (PDS) has worked diligently this semester to beautify the back of the Community House (now Cire Services). The project was based on the topic ‘Change’ and the students researched how they could depict (through art) the community changing over time. The PDS Art class worked in teams; problem solved and had lots of fun to achieve these excellent results!

The seats were painted to display the aboriginal heritage of the area. The designs near to and on the BBQ represent an ‘old world’ theme and the board on the wall depicted a present or modern theme. The floor was also painted to represent the mechanics of change – moving and pushing through time.

The art students decided to use spray paints on the back board to represent the modern idea of street art. There was debate around the social issue of graffiti in our class and a question about the community liking graffiti or street art and the difference between the two. Students wrote a survey and found that people in the community didn’t mind street art as long as it wasn’t vandalism or tagging such as graffiti. The students went further and even wrote a letter to the local council to get a graffiti wall for people to express their street art styles. The local council will be visiting us next semester to discuss this matter and the students would like to change their perceptions and promote street art as a new and modern art form.

Overall the courtyard of Cire Services looks amazing, bright and vibrant. Making a positive change to the once dull and boring walls, seats and BBQ area. A fantastic job done by the PDS Art group at Cire Community School!

“Our class worked really hard to reach our goals and I think we all did a great job.” Steffany  – VCAL Student

“The project went really well. We all pulled together and the finished outcome was great.” Zoe  – VCAL Student

“It was fun! I like letting my imagination run wild.” Crystal – VCAL Student

“Its Wicked” in regards to the students project. Robert (Student of Art group) 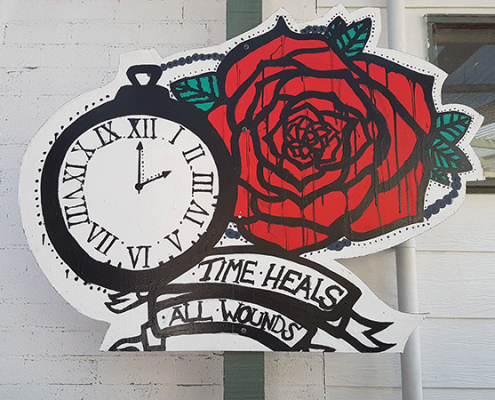 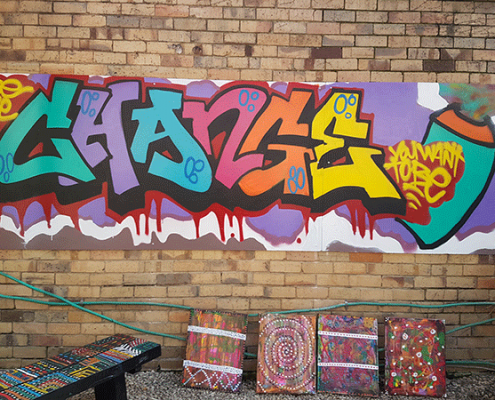 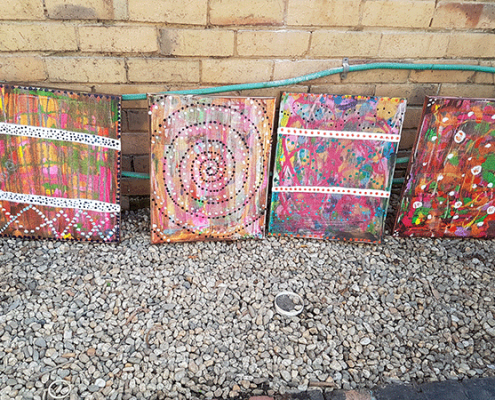 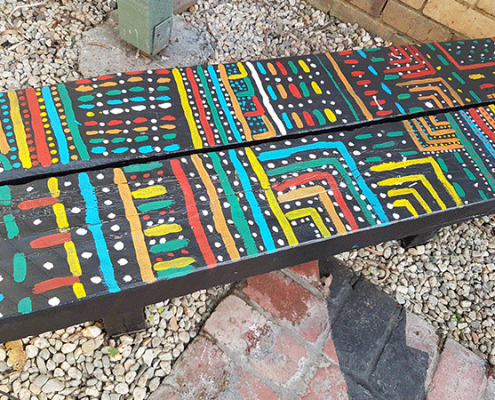 At the start of the year, the Yarra Valley Community School was offered 3 projects that they could work on for their personal development skills unit. Graffiti Art was one of the projects which ran for six months. Graffiti artist Brad Colling lead the project team with Kelly Charman (YVCS Teacher) which covered a wide range of graffiti skills that included; t-shirt screen printing, canvasses and the star attraction the Men’s Shed sign.

The project wasn’t just making works of art, the students also learnt about the effects of graffiti in the community and graffiti removal. Sessions on this topic were conducted by Mark and Julie Hanman (Yarra Ranges Council Youth Services Officer) which saw the kids get involved with graffiti removal and helped them gain an understanding of the difference between street art and vandalism.

The main project was the sign for Ben’s Shed in Yarra Junction, this being the star attraction the students got out amongst the community to gather feedback and listen to suggestions. The first step was to have a meeting with the Ben’s Shed committee to discuss the history of Ben’s shed, and what they would like to see on the sign. This consultative approach was driven by the students who met frequently with shed members to ensure the project was on track and to their liking. They researched the history of Yarra Junction and spoke to local business to get approval for the sign as well as spending many hours planning and designing the sign. Drafts of final design were presented to Ben’s Shed on regular basis to get approval after which they came back with suggestions.  Once the sign got final approval the students started the big task of sanding, painting, stencilling and spraying the sign.

O’Shannassy Ward councillor Jim Child officially opened the sign launch and thanked the students and everyone involved for all their hard work.  Takysha Gammon (Student -YVCS VCAL Senior) did a great job presenting to the crowd about the project and the steps taken to create the artwork piece. Other speakers included, Leigh Hardy (Ben’s Shed), Julie Hanman (master of ceremonies), Brad Colling and Kate Kite (Ben’s Shed Treasurer) who presented certificates of appreciation. Many people attended this event to celebrate a project that set about connecting young people with older members of the community.  The final result complements Ben’s Shed with additional signs still to be erected over the coming months that aim to add colour and fun to the main street of Yarra Junction.

“The highlights for me was seeing it all come together. Months of planning really paid off and students benefited from the interaction with other community members”. Kelly Charman YVCS Teacher

“Linking young people with the community for me was the main highlight. The students were eager to learn and put in the hard work to get a positive result”. Brad Colling Graffiti Artist

“Graffiti vandalism (tagging) is a problem within our community. The students took a known problem and made it into an art form to be appreciated”. Julie Hanamn (Yarra Ranges Council Youth Services Officer)

Overall the project was a huge success with the community benefiting from having a new sign at no cost to them and having the opportunity to engage with young people.

For further information on Ben’s shed visit their Facebook page or to learn more about our youth education services click here. 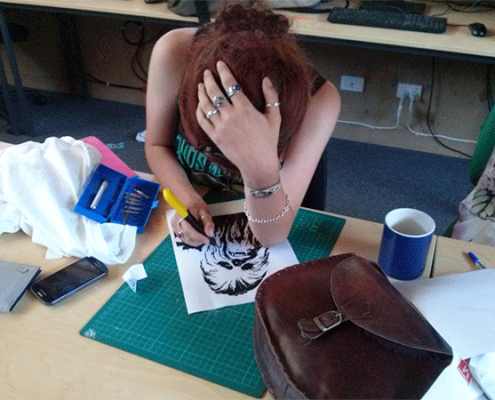 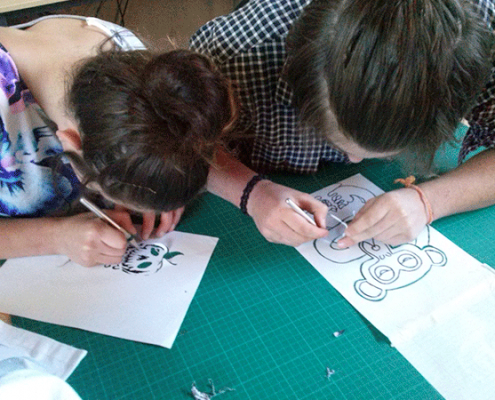 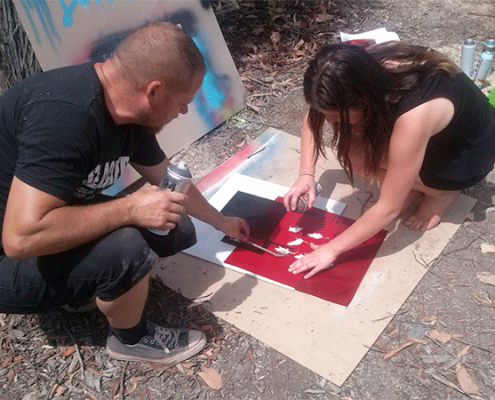 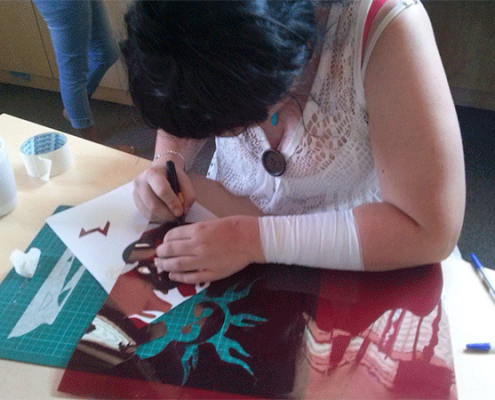 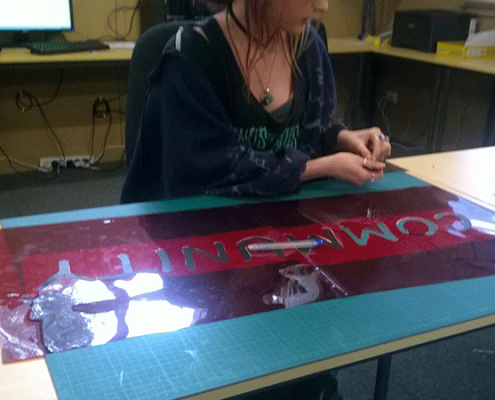 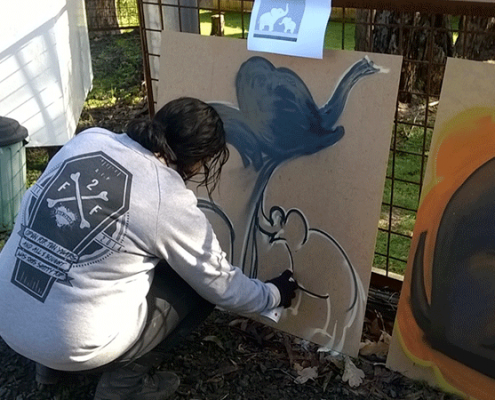 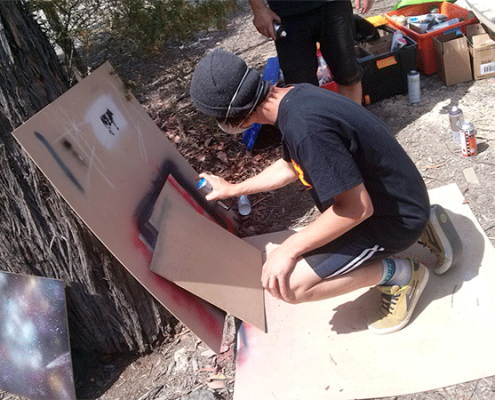 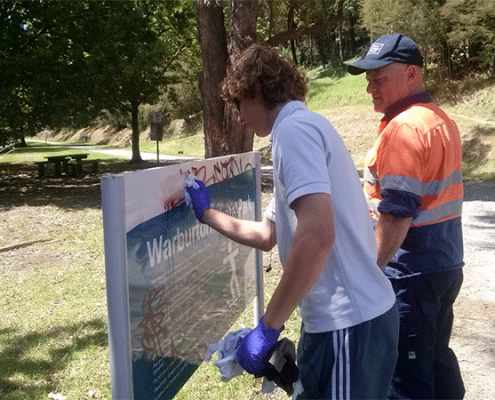 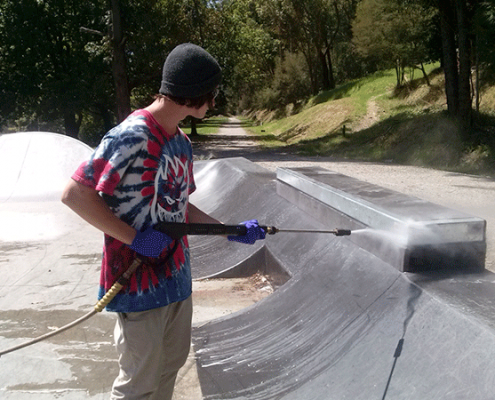 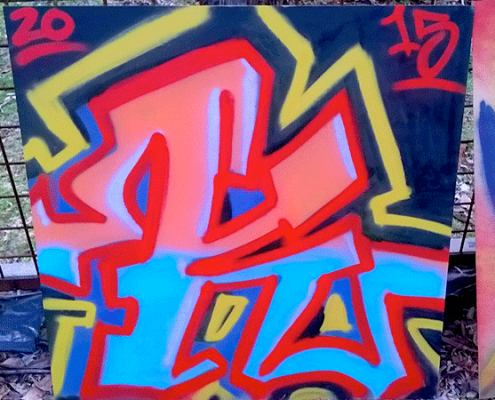 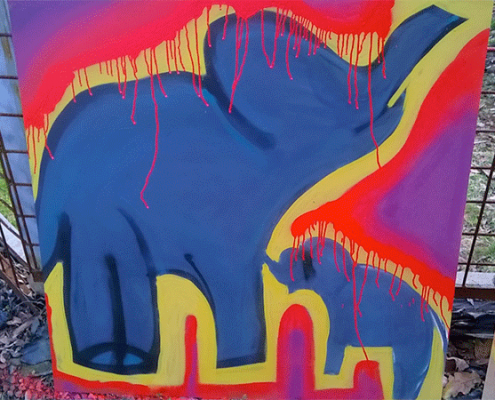 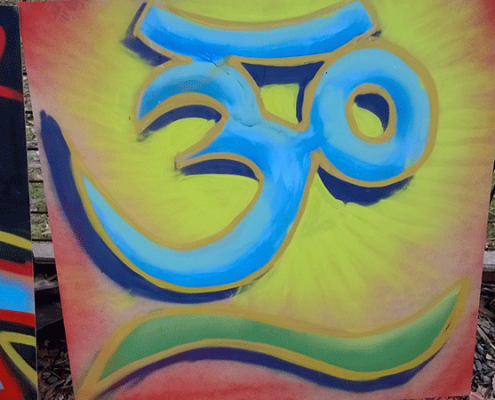 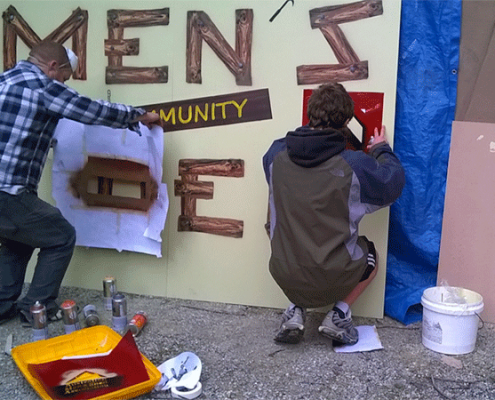 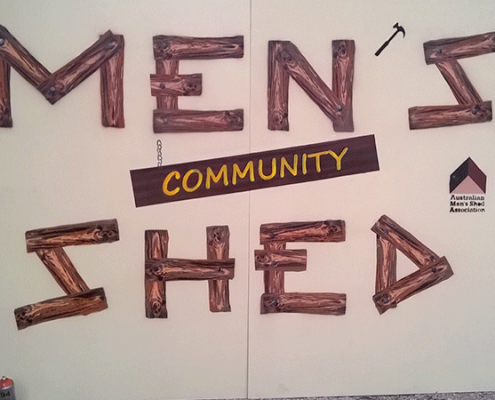 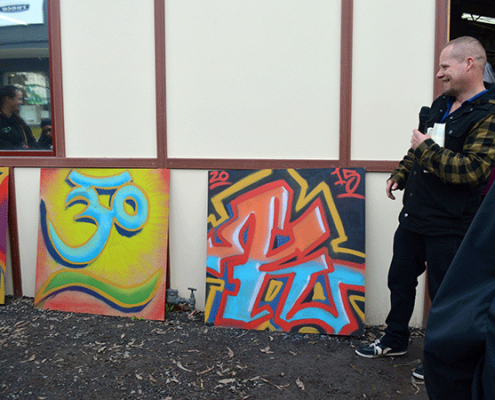 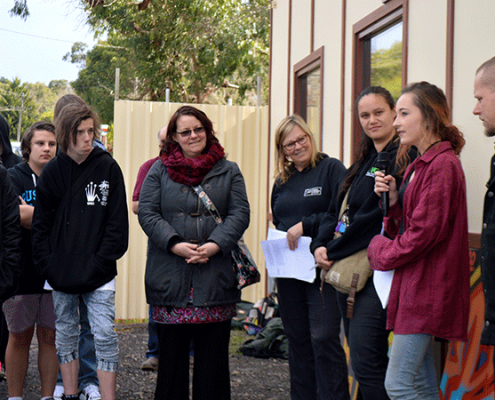 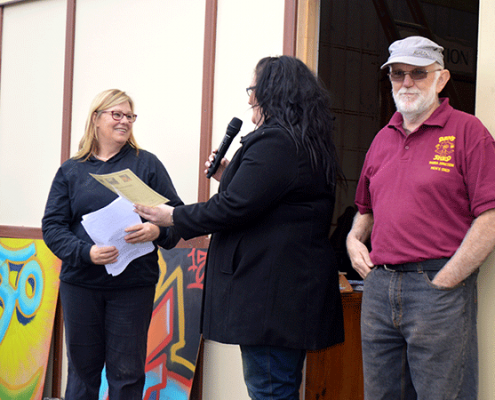 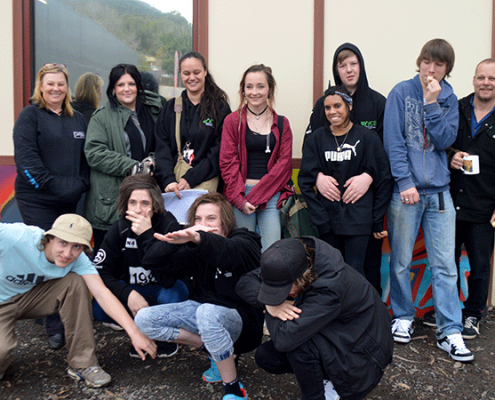