The SwinLocal program is a community outreach initiative by Swinburne University of Technology, offered to students studying at Learn Local or community schools, such as the Cire Community School. Learn Local providers offer education and training in community settings and Cire Training was awarded the Community Training Provider of the Year for 2019.

Our Community School team are pleased to announce that the following Cire students have received SwinLocal scholarships for 2020:

Each of these students submitted an application for the scholarship and participated in an interview process. They have already attended orientation and enrolment sessions in preparation for their studies, which will commence February 2020.

Janice Farrell, Student Wellbeing Coordinator, SwinLocal VETSS Program supported the students through the application, interview and enrolment process. She explains “The SwinLocal Scholarship program, now in its 3rd year,  aims to bridge the gaps that currently exist for students studying at Learn Local or community schools. Previous SwinLocal students have made successful transition pathways into employment or further vocational studies.” 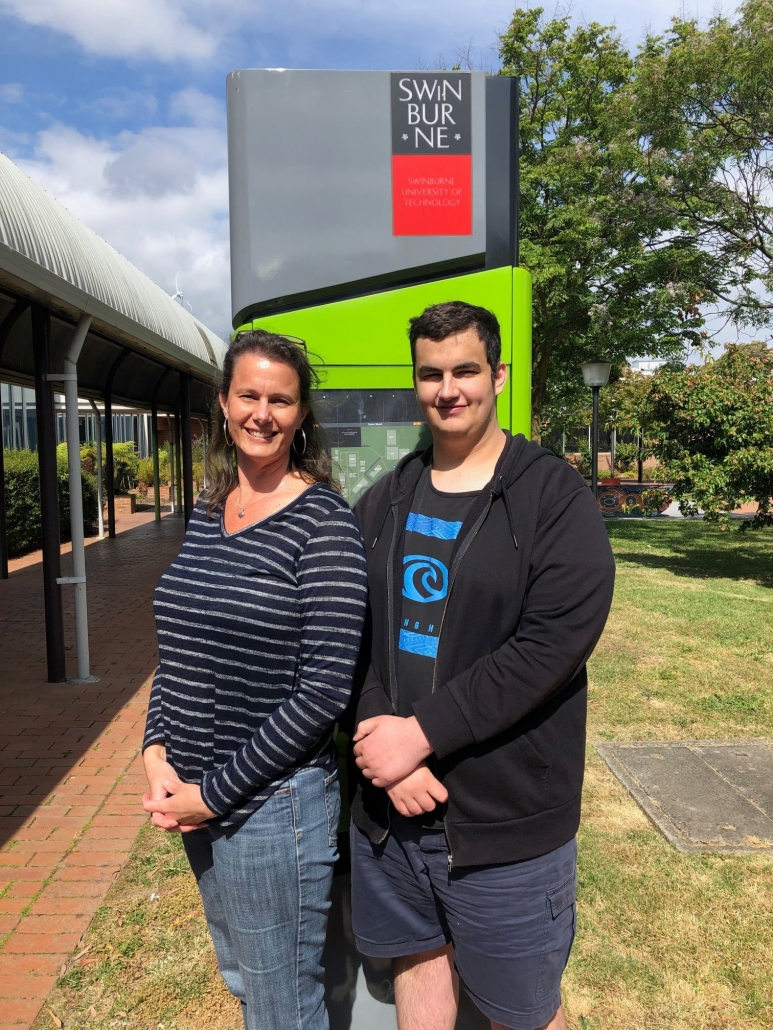 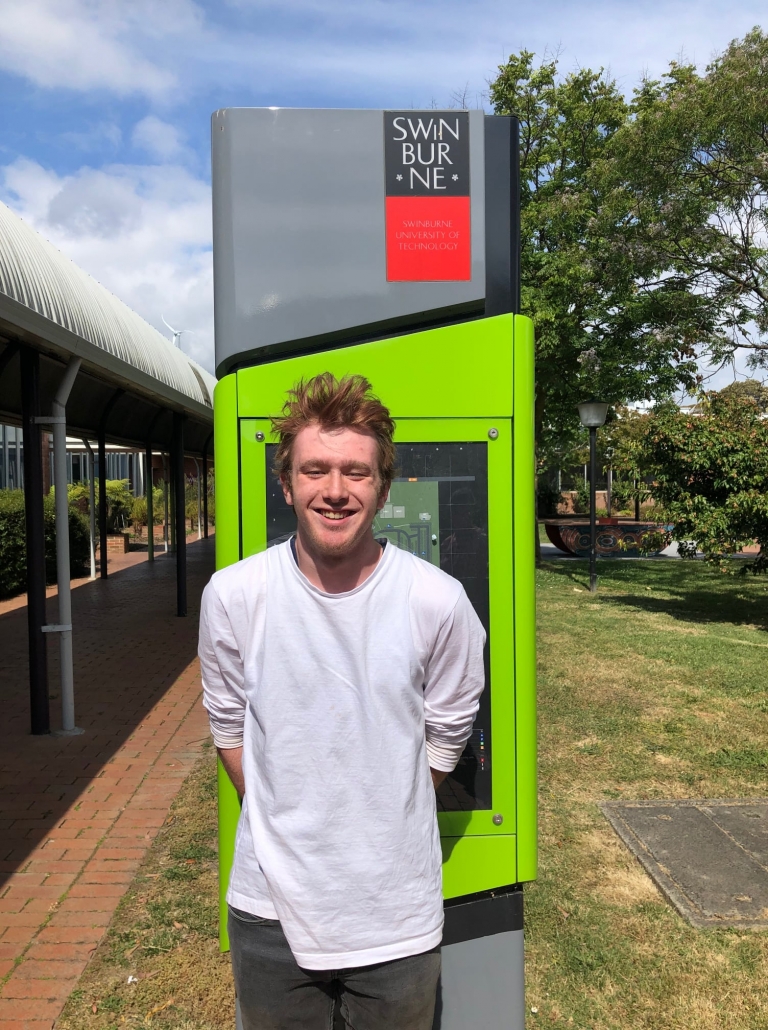 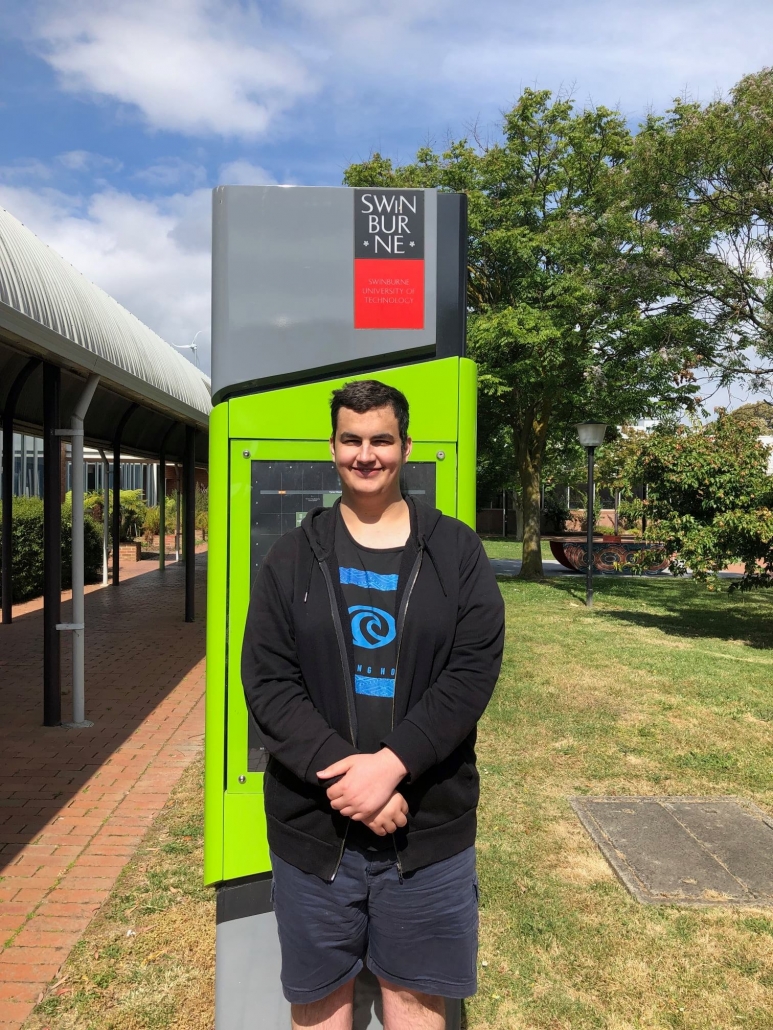 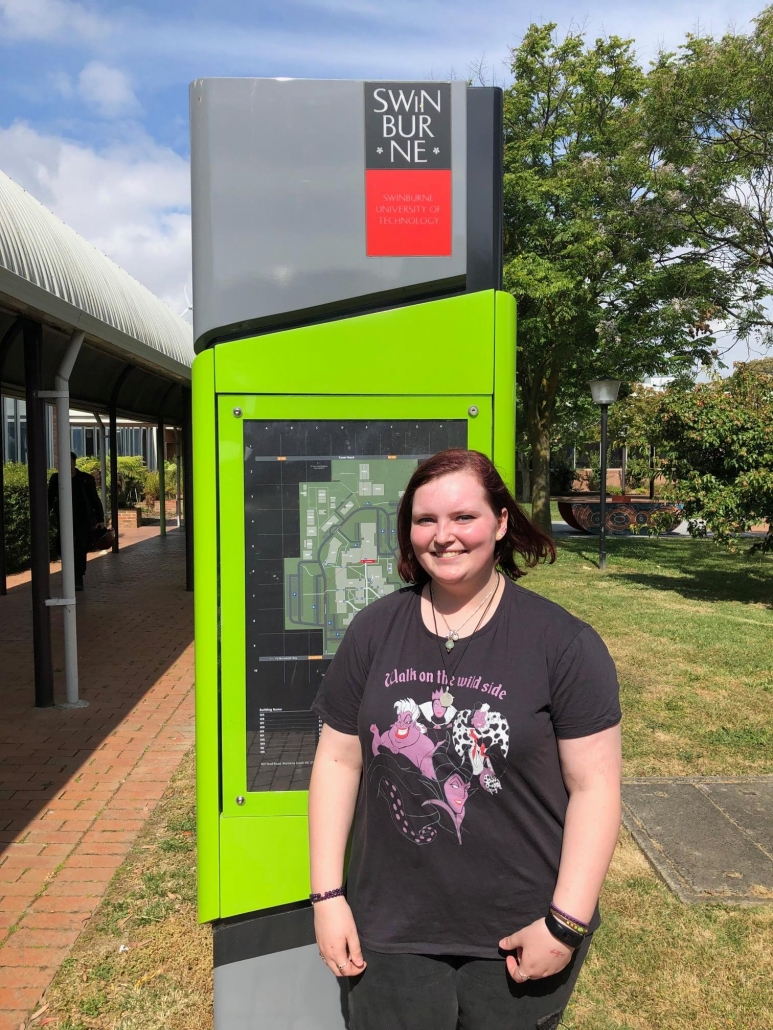 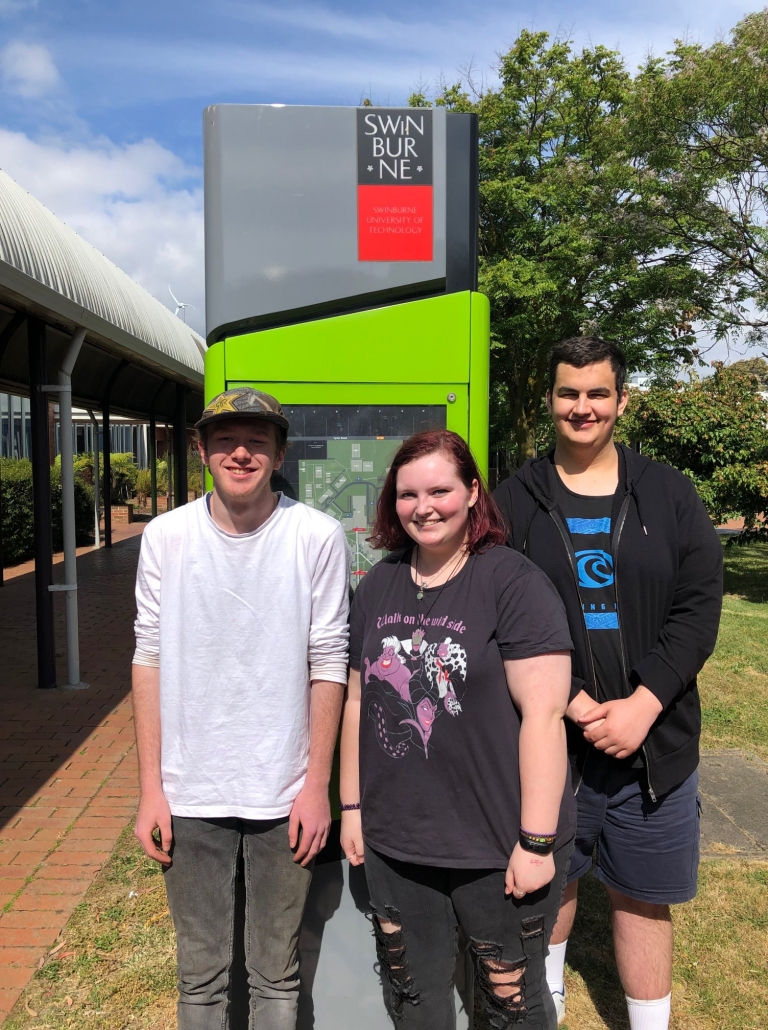 Did you know that regular exercise is more important to the health of seniors than a healthy diet?

Participating in regular moderate-intensity physical activity lowers the risk of depression, improves the ability to perform daily activities and can slow the development of disability or disease. Seniors who participate in group physical activity report higher overall activity and are more likely to continue with a regular fitness regimen, due to the support they receive from each other. In addition to the benefits of regular group exercise, the act of social engagement itself is associated with a lower risk of mortality.

With this in mind, Cire Services have partnered with Fitness Success to deliver a specialised fitness program for over-65s called Fit 4 Life. Thanks to funding secured by Musculoskeletal Australia through a Sports Australia grant initiative, we are able to offer two classes per week by a qualified exercise physiologist experienced in working with seniors.

Exercises are tailored to each participant’s level of fitness, providing individualized support in a friendly, fun group environment. In addition to their in-class activities, Fit 4 Life attendees are provided with print-outs detailing exercises they can do at home to support their daily living.

Sessions include tasty refreshments post-exercise, allowing time for our participants to ask questions or speak with the physiologist regarding their fitness goals. It’s also a wonderful opportunity to catch up for a chat over tea and biscuits!

Fit 4 Life attendees agree that they feel welcome at our Cire Chirnside Park Community Hub, highlighting the warm environment, helpful information and friendly staff. One of our participants, Linda, said that her favourite part about attending Fit 4 Life is “meeting new people”. Roy mentioned that he greatly enjoys learning new exercises in addition to the “good atmosphere” of the sessions.

In 2018, the Australian Government committed over $150 million dollars to fund physical health and sporting initiatives. Sport Australia’s “Move It AUS” grant programs were intended to drive participation in sport and physical activity by building active environments, targeting communities with high levels of inactivity and working to improve the health of older Australians.

Musculoskeletal Australia was successful in securing a “Move It AUS- Better Ageing” grant, working in conjunction with the University of Sydney to implement a project enabling neighbourhood houses to offer physical activity programs to people 65 years and above.
This funding has allowed Cire Services and Fitness Success to offer our Fit 4 Life sessions for $5 per participant. A similar session with an exercise physiologist would generally come at a cost of approximately $120. 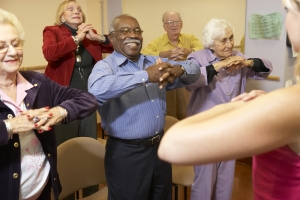 The Fit4Life team are taking a break over Christmas but will be returning to the Cire Chirnside Park Community Hub early next year! There’s no ongoing commitment, sessions are casual and pay-as-you-go, with no bookings required. Just arrive on the day and speak with a member of our friendly Cire Hubs team!

Cire Services has been named the top community training provider in Victoria, validating Cire Training’s leading reputation for excellence and its innovative programs designed to enhance the employment pathways of people of all ages throughout the Yarra Ranges and beyond.

Cire claimed the coveted title when it won the Community Training Provider category at the Victorian Department of Education and Training’s 65th Anniversary Victorian Training Awards evening at Crown Palladium on Friday 6 September.

The awards are the most prestigious event on the TAFE and training calendar, showcasing the ‘best of the best’ in the sector as well as highlighting how Vocational Education and Training (VET) is making a powerful and enduring difference to individuals and communities.

Cire’s CEO, Gus Seremetis said the string of award accolades was a thrilling acknowledgement of Cire’s work, with much to look forward to in the future. She noted the true measure of Cire’s success was the high number of participants who find employment after undertaking training at Cire and the huge increase in course enrolments.

‘We are proud of our quality and innovative approaches to upskilling people to enhance their employment pathways, and the positive difference this makes  at so many levels and well beyond the classroom,’ Mrs Seremetis said.

‘Our award successes are a particular tribute to the hard work of our team at Cire Training and the way all our services work in collaboration to deliver to people of all ages within our extensive reach.’

Cire Training prides itself on a try before you buy approach to its programs, and being agile in order to assist and be accessible to cohorts experiencing disadvantage.

The Try a Trade tasters, run in partnership with Swinburne University of Technology, have been extremely successful with more than 36 per cent of participants enrolling in pre-apprenticeships and apprenticeships. Cire’s accredited and pre-accredited courses combine practicality and entrepreneurship with subjects such as cooking, literacy, computer skills and financial literacy. The Women’s Warehouse program empowers long-term unemployed women; 70 per cent of participants have achieved employment.  Cire’s pre-accredited enrolments have doubled in the past three years.

Executive Manager, Cire Education and Training, Anna Louise Allen commended the team at Cire Training for its strong commitment to the people of the Yarra Valley by developing programs that support re-engagement in work and learning. 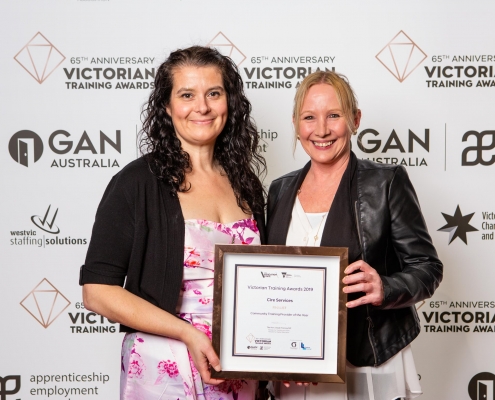 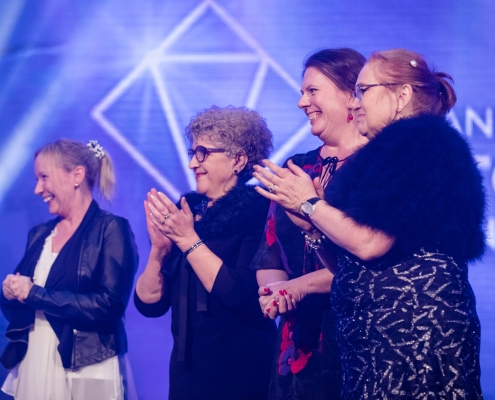 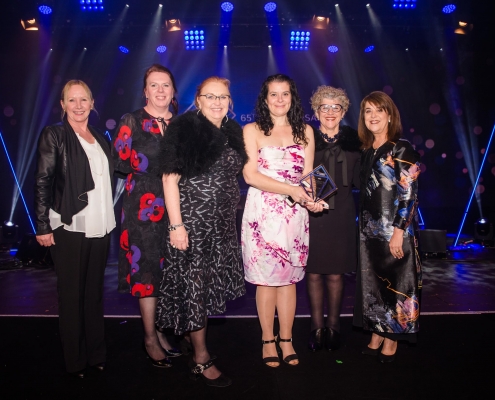 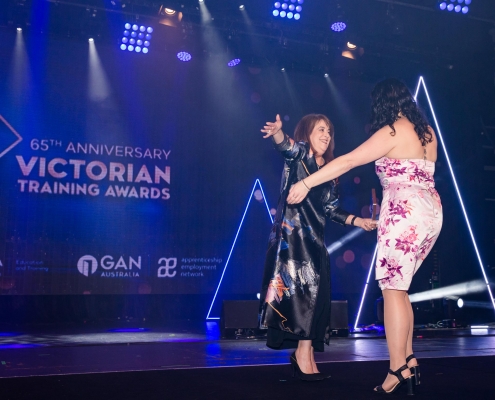 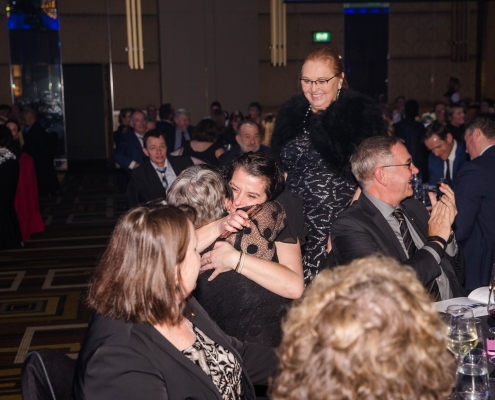 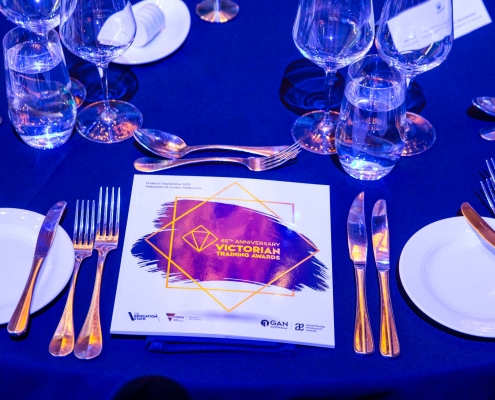 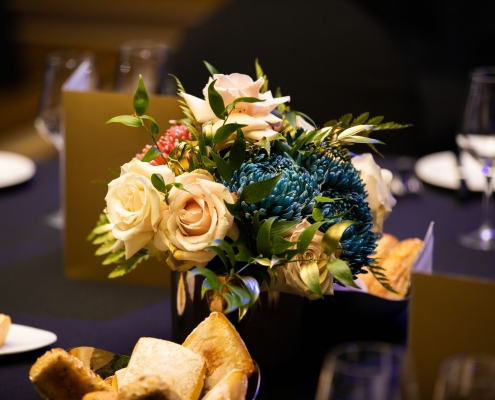 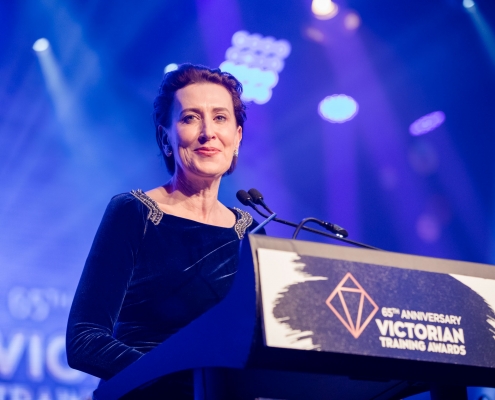 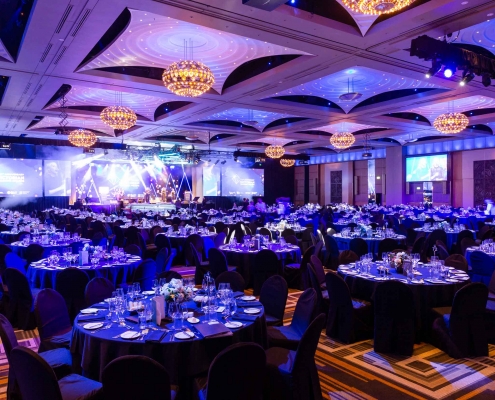 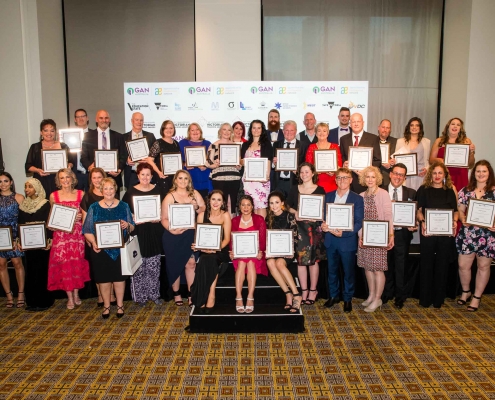 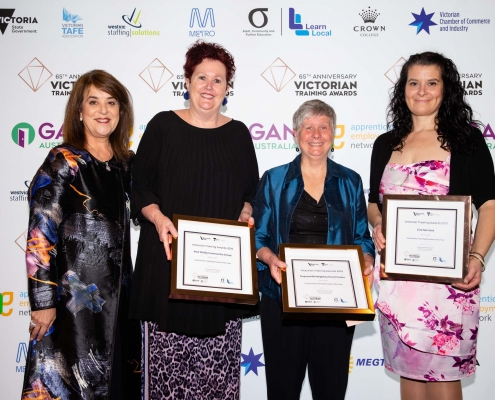 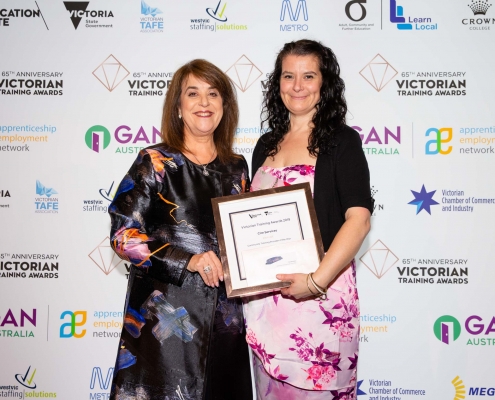 Cire Services and Rotary are strengthening their partnership and reach to help respond to the needs of local communities, particularly younger people.

Cire is one of the first two organisational members of Wandin Rotary which has helped foster a greater understanding between the organisations and how closely our values align.

Recently, Wandin Rotary approved scholarships of $1000 each to two students at Cire Community School; enabled a student to attend the Rotary Youth Leadership Award (RYLA), a6-day residential program focusing on leadership, personal and professional development and service to the community; and is helping drive mock interview sessions to prepare students for applying for employment.

The scholarship recipients were overawed by the generosity of Rotary and the student about to attend the keenly anticipated leadership camp said it was an opportunity she would never have thought possible.
The mock interviews will commence in earnest in Term 3. The sessions will also enable students to discuss their strengths and relate them to experiences with past work or opportunities provided within the school.
Initial feedback provided by some of the students who participated in mock interviews included:

At a broader level, Rotary District 9810, which extends from Port Philip Bay to the hills of the Yarra Ranges, has launched Books for Kids.

The new District Governor, Shia Smart, is driving the Rotary DG Family Project Books for Kids Campaign which aims to identify and fund primary schools that will benefit from being on the Books in Homes program.

Rotary District 9810 together with Books in Homes will provide books-of-choice to children in District 9810 experiencing disadvantaged and low socio-economic circumstances, to ensure crucial early literacy engagement and the development of reading skills needed for lifelong achievement.

The campaign to fund the purchase of books was launched on 1 July 2019.

The more money raised, the more children who can receive books.

The books are top quality and brand new, curated for the program by the Books in Homes Book Selection Committee, made up of authors, illustrators, educators, and parents!

If you’d like to read more or make a donation to this fantastic project please go to Rotary District 9810’s GiveNow campaign page.

Cire Services recently participated in a workshop organised by Rotary District 9810 to explore ways of working together to best meet the needs of vulnerable and disadvantaged adult learners in our region.

Cire was among several Learn Local providers (LL) who were invited to attend the session to brainstorm ideas, share experiences including their challenges and how these could be addressed in partnership with Rotary.

In facilitating the session, John Maddock from Box Hill Central Rotary explained that basic education and literacy (BEL) is an area of focus for Rotary.

District 9801 extends from Hampton to the Upper Yarra with many of its member clubs working with primary and secondary schools and in the tertiary sector. There is a strong desire to also contribute to the Learn Local sector which delivers pre-accredited and accredited training across a variety of learning topics.

This has been further driven by a 2018 report entitled ‘Future Opportunities for Adult Learners in Victoria – Pathways to Participation and Jobs. The report highlighted the importance of adult education community providers engaging community organisations such as Rotary to help respond to the increasing number of people seeking education pathways but experience non-vocational barriers such as mental health issues and socio-economic disadvantage.

In sharing a snapshot of Cire Training, Business Development Manager, Nina Bekker, said 32,000 hours of training was delivered in 2018 and $300,000 in government funding received.

Nina said the majority of Cire’s LL students were women, looking to return to work. She noted there were an estimated 16,000 small to medium sized business in the Yarra Ranges Shire with most operated by women.

‘One of our greatest areas of need at present is to help improve the literacy of men aged 45 and older who had been retrenched or are unemployed,’ Nina explained.

In addressing the group, John Maddock noted that Rotary had a wealth of expertise within its ranks as well as funding opportunities to help assist LLOs.

Participating LLOs are now considering how best they can work with Rotary to achieve their goals and address identified needs, with plans for the group to reconvene later in the year.

The size and reach of each of the LLOs varied considerably and so too did their challenges and the local needs.

Rotary is the oldest service club in the world, bringing together a global network of volunteer leaders who dedicate their time and talent to tackle the world’s most pressing humanitarian challenges. Rotary connects 1.2 million members from more than 200 countries and geographical areas. Their work impacts lives at both local and international levels.

In District 9801, clubs commit more than $1.5 million every year to local projects.  The combined contribution is valued at an estimated at $10 million when the number of volunteer hours is included.

Cire is one of the first organisational members of Wandin Rotary.