Conservation of habitat is important to protect indigenous fauna and flora and help preserve biodiversity and endangered species. All too often humans impact on the habitats of local wildlife, either knowingly or in ignorance, with a detrimental effect on population, biodiversity and species. The Yarra Valley is fortunate to host myriad fauna species and here at Cire we take our obligation to preserve and protect wildlife seriously too. One of Cire’s core values is to protect the environment in which we live.

Recently the severe windy weather caused some concern on the safety of a few dead but standing messmate eucalypts at our Yarra Junction campus. The canopy weight of the trees was causing movement of the tree roots in the ground and causing them to lean and eventually fall; and large limbs were regularly dropping.

Did you know that it takes 200 plus years for natural hollows to form in dead trees? So with some ingenuity a group of environmentally conscious Cire members set about to see what could be done to preserve the trees as a habitat source rather than removing them in total.  It was decided to remove two thirds of the height, which entailed the bulk of the canopy and weight, to allow root stability and also create manmade habitat holes in the standing trunk butts.

Possums, bats and birds had all been seen regularly at the campus and the diminishing habitat was of concern. We brought in experienced tree climbers to remove the dead canopy and limbs which left tree butts approximately five metres high. The climbers were highly skilled and very adept in wielding chainsaws from great heights as well as creative in habitat design.

Trees were selected for access and proximity to other trees and vegetation as well as protection midst the stand of trees. This was to ensure that animals could move easily between trees, have a food source, be protected from predators as well as feel secure when at rest.

The results have proven early successes with a brushtail possum moving in within a week and a variety of parrots eagerly inspecting the man made hollows. The bat hollow is yet to show signs of occupation, but we are hopeful.

The extensive tree works was done by Arbortrim as a training exercise for students with newly acquired skills and resulted in great outcomes for our local animals and birds.

The accompanying photos show the skills of the arborists, the process to create the hollows and the end result. After the weighty canopy was removed and the tree butts were made safe, a slice of tree trunk was removed at an appropriate height, the hollow was created with a chainsaw and a cover plate screwed back over the hollow. Three habitat designs were created: one with a top entry, a side entry and a bottom entry – especially for bat habitation.

Cire is proud to care for our environment and consider all options in support and retention of bushland and preserving the natural habitat for our indigenous fauna. 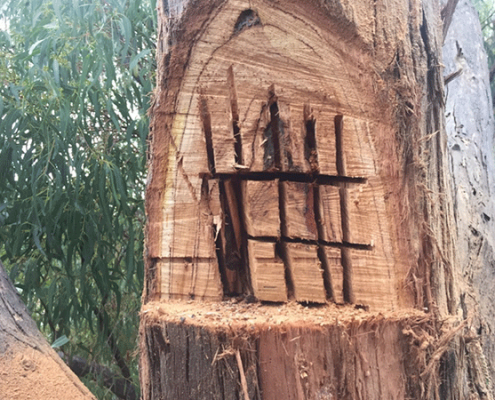 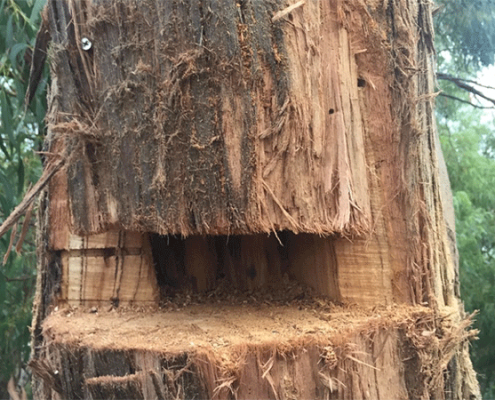 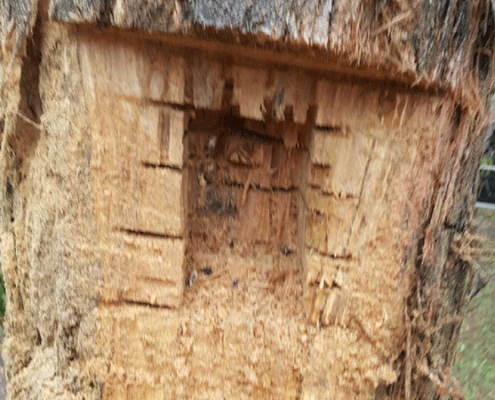 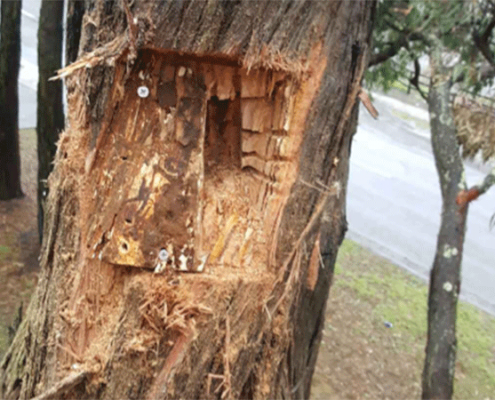 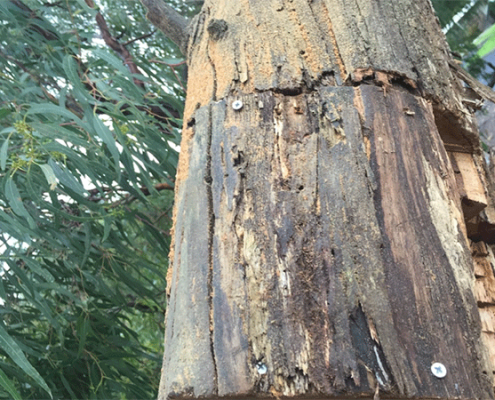 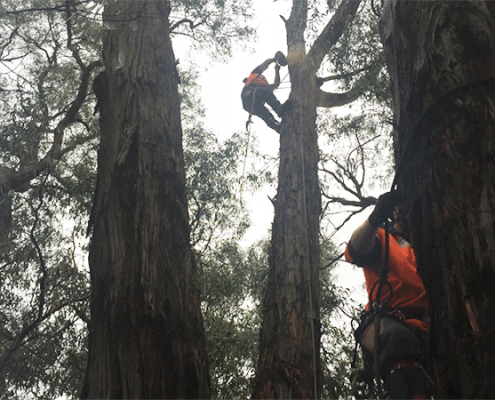 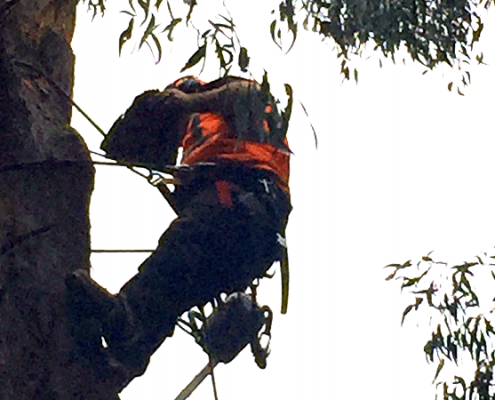