Over the last few weeks, we have had a growing interest in catching the bus and buses in general. When my friends began singing “The Wheels On the Bus” on a daily basis with no prompting, having lengthy discussions of themselves and siblings catching the bus, I knew we were on a path of genuine interest and limitless learning potential!

During a sing-along one afternoon I sat down on a chair and begun the motion of the song, immediately everyone in the group quickly mimicked my actions by grabbing their own chairs and lining them up along mine. Before I knew it we had a bus made simply from chairs and imagination!
Inspired by the enthusiasm and creativity of the 3 year old children I located a large table which we safely upturned and placed the chairs in, the sheer attraction and response to the somewhat basic bus were overwhelming! 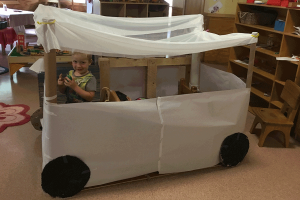 The children were delighted with this simple bus, but discussions quickly followed on how to extend the functionality and appearance of the bus with many ideas being shared. We decided the best way to start would be to find a way to attach a roof. We did not have any suitable materials to build a roof so we wandered over to the kinder room to see if we could find something that might work. I spied some long cardboard tubes and asked if we could borrow them, so the children and myself carried them back and erected the tubes over the legs of the upturned table thus creating a structure for lay the roof! We placed material over the tubes and fastened them with pegs. The children were so proud of their construction efforts, knowing they had collaborated and problem solved using their innately clever brains.

“It needs a roof” – William

Over the next few days, there were many play episodes involving our bus,including trips with babies and going to the shops with handbags. Not long after the discussion of bus improvements came up and the children suggested doors and walls on the bus so a call out to parents asking for recycled materials such as cardboard and plastics was in order. We received a big donation of cardboard from a parent and we began the process of painting and attaching. The children decided that they wanted a yellow bu 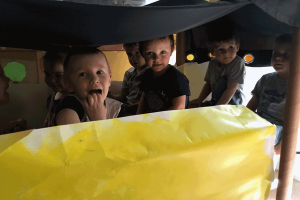 s like the ones they saw on television so we used roller brushes to paint the many sheets of cardboard. Once they had dried we attached them to the upturned legs of the bus using lots of sticky tape thanks to the help from the children. We cut out windows and doors and over the next couple of days, we attached a windscreen, headlights, steering wheel and windscreen wipers! It didn’t stop there, every bus needs a bus stop so we created one using fake grass, traffic lights and a stop sign.

We have decided to continue our work and play on the bus as an ongoing project and on Friday we upgraded the roof and added scenery around the bus to create a lovely view for our little travellers.

This project has provided us with numerous learning opportunities such as social development from negotiating and understanding roles, gross motor and spacial development from navigating the space, literacy from the songs sang involving the bus, counting passengers, creative expression and sense of self and community from valuing the children’s input and ideas. I can’t wait to see where this learning journey takes us! 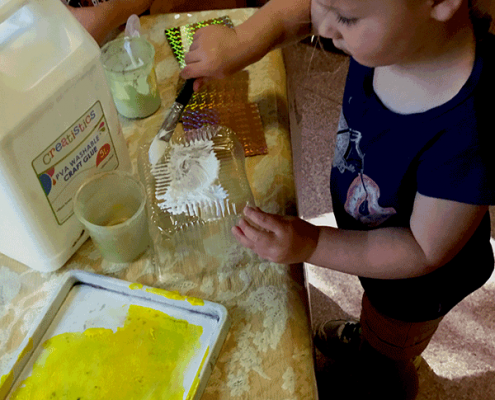 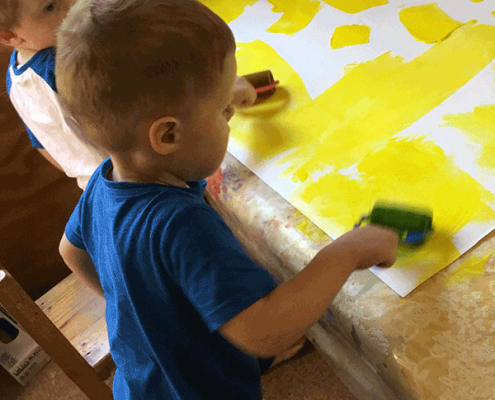 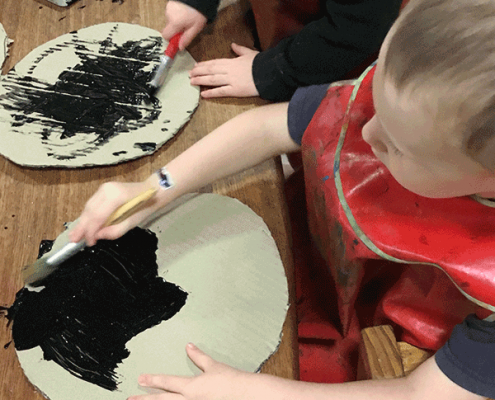 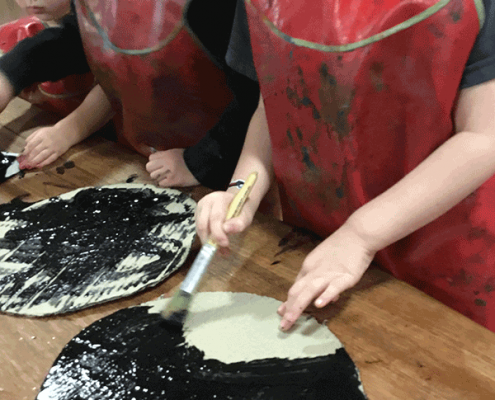 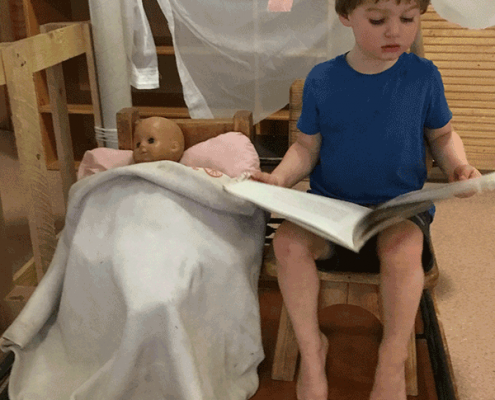 If you would like to know more about our children’s services or seek information on early childhood education and care training courses call 1300 835 235.