Leading Australian not-for-profit, Good360 has named Cire as one of its key Victorian charity partners. 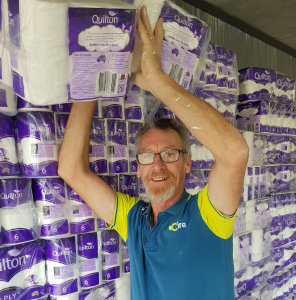 The honour highlights the strong relationship the two organisations have developed since Cire joined the Good360 network in October 2019.

Good360 is a matchmaker, helping Australian companies and manufacturers to channel their surplus new products to charities who can assist with grassroots distribution to those most in need.

Rather than add to landfill, Good360 aims to help repurpose $1 billion of brand new goods to Australians in need by 2025. Good360’s approach aligns directly with Cire’s core values including our 2022 theme of Sustainability.

Good360’s partnership manager for Victoria and Tasmania, Liz Henderson, said Cire is recognised as one of Good360’s key Victorian charity partners because of its agile and strategic approach in supporting its diverse range of services, and the people of all ages within their reach in the Yarra Ranges and beyond.

“Cire maximises Good360’s product opportunities despite varying levels of logistical challenges such as storage and physical distribution in order to ensure those most in need benefit,” said Liz.

“It is an absolute pleasure working with a partner like Cire who has such a responsive approach and professional attitude for the greater good.” 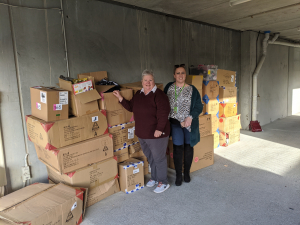 In fortuitous timing, Cire joined Good360 just before the Covid pandemic emerged. Since October 2019, Cire has been able to distribute surplus new goods valued at RRP $100,000s ranging from educational toys and equipment, Lego and nappies to cosmetics, clothing to hand sanitiser, face masks and antibacterial products, and even a truckload of toilet paper during pandemic panic buying. Unable to have stalls for Mother’s/Father’s/Special Person’s days and other special occasions, Cire Early Learning has been able to help children make up gift packs of Good360 items to give to the special people in their lives.

Since it was launched in 2015, Good360 has received goods valued at RRP$222.3m from Australian companies with 26,903,782 items distributed through a network of 3086 not-for-profits and schools throughout Australia and collected numerous sector awards along the way.