Cire has welcomed a partnership with Big W Lilydale Services which has brought much cheer to people across the region and well beyond, in the lead up to Christmas.

Through a huge distribution of surplus new goods, Cire and Big W have touched the lives and hearts of people of all ages and challenging circumstances including families doing it tougher than ever due to the impact of COVID, young children and at-risk youth, the homeless, as well as asylum seekers and refugees, and people in crises presenting at hospital emergency departments.

She said it was extremely rewarding to work with Big W Lilydale to assist people in need within the Yarra Ranges and beyond.

Due to COVID, Big W Lilydale had a large surplus of stock that needed to be moved to allow for pre-ordered consignments, particularly in the run-up to Christmas and the re-opening of retail with the easing of restrictions in metro Melbourne. The store contacted Cire to assist with distribution to people most in need, rather than send the valuable consignment to landfill.

She said it was extremely rewarding to work with Big W Lilydale to support people within the Yarra Ranges and beyond.

Rebecca Moyle, Manager of Soft Goods at Big W Lilydale, commended Cire on the way it sorted the enormous consignment of clothing, shoes, toys and other goods and ensured they reached those in need.

Cire was able to distribute most of the consignment through its core business units of Cire Children’s Services, Cire Community School for at-risk youth, Cire Community Hubs and First Impression Clothing Exchange for vulnerable women.

Cire was also able to facilitate access for other local organisations such as Nourish Network, Redwood Centre at Warburton, LinC Yarra Valley and Discovery Community Care based at Lilydale. Other beneficiaries were the Maroondah Hospital Emergency Department and a community outreach program looking after up to 2000 people a week including asylum seekers and refugees thanks to the joint efforts of Servants of the Two Hearts and Reaching Out Because We Can.

“Oh my god, this is a life saver I’m putting some of it away for Christmas for my five children. This is so awesome, thank you so much!”

At Maroondah Hospital, staff were equally amazed by the generosity. Many homeless people present to the Emergency Department without shoes and only the clothes they are wearing which sometimes needs to be cut off. It is so nice to be able to send them home in new clothes.

Also, the Christmas period is a time when the hospital sees more mums in crises presenting with young families.  New clothing for their babies and young children provides real relief. 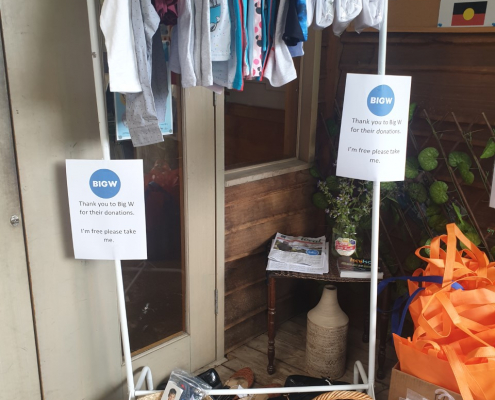 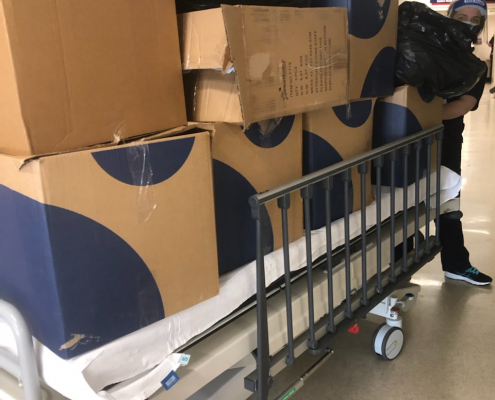 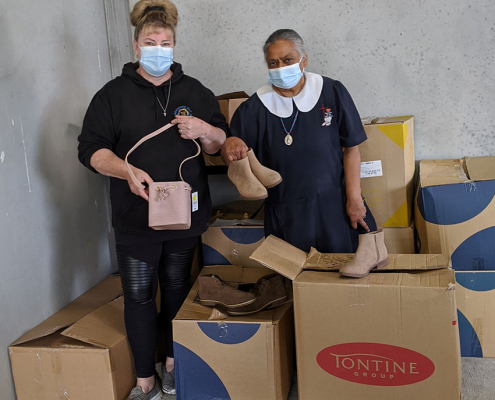 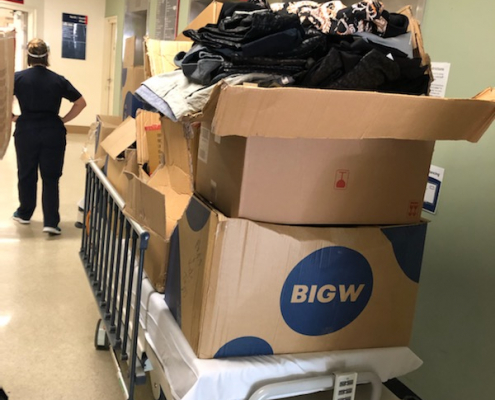